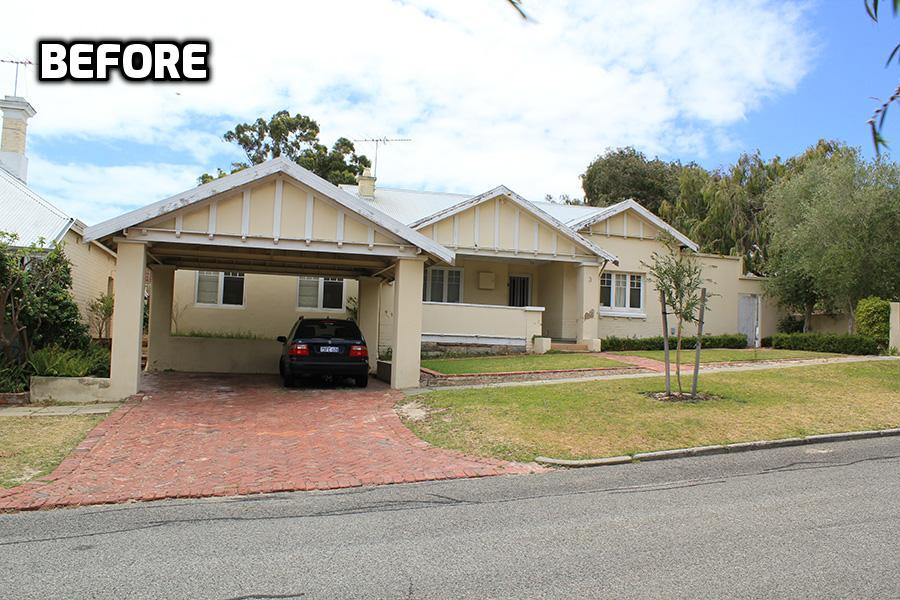 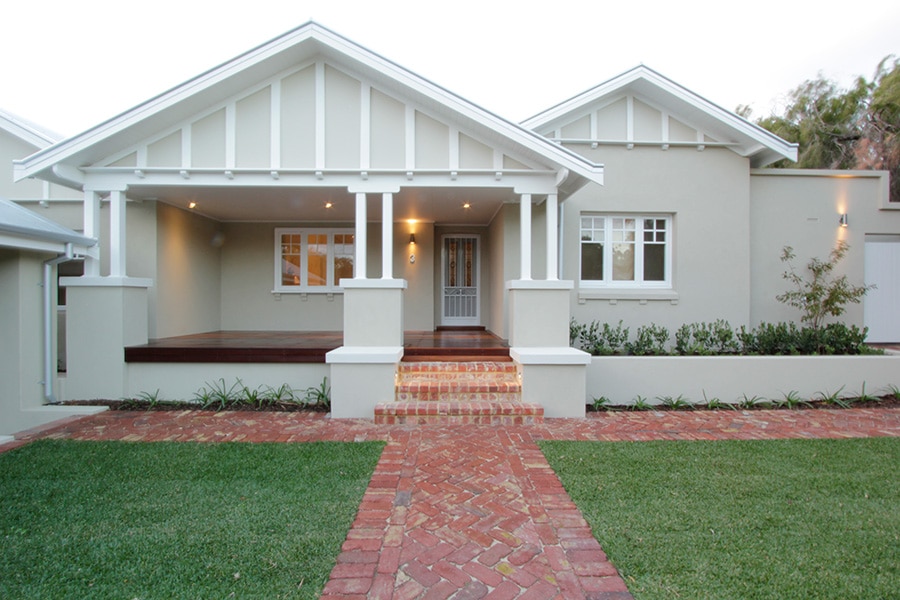 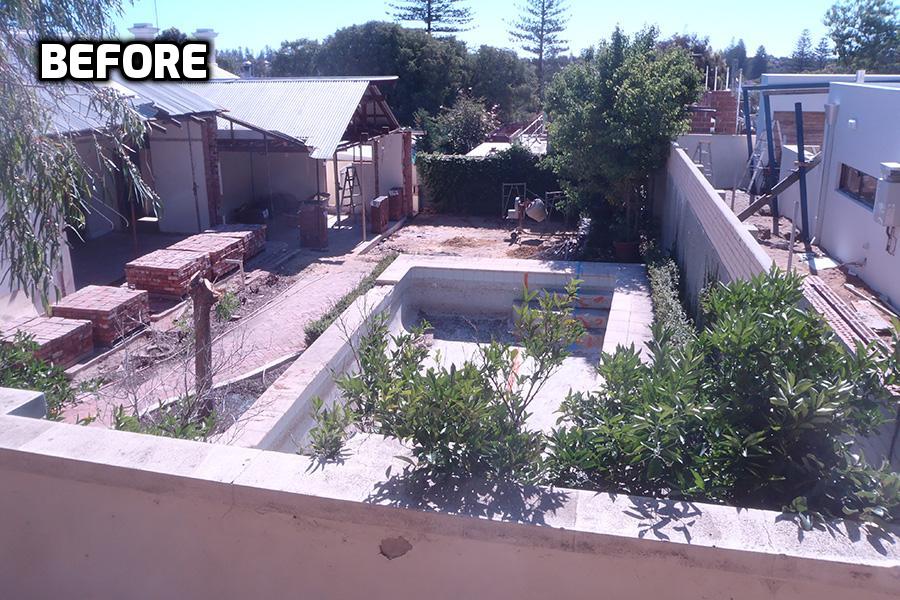 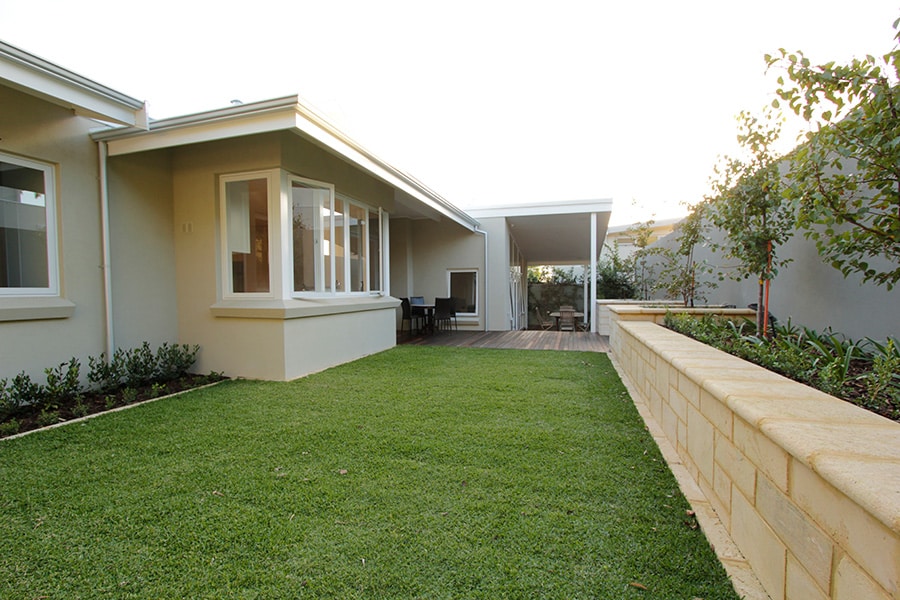 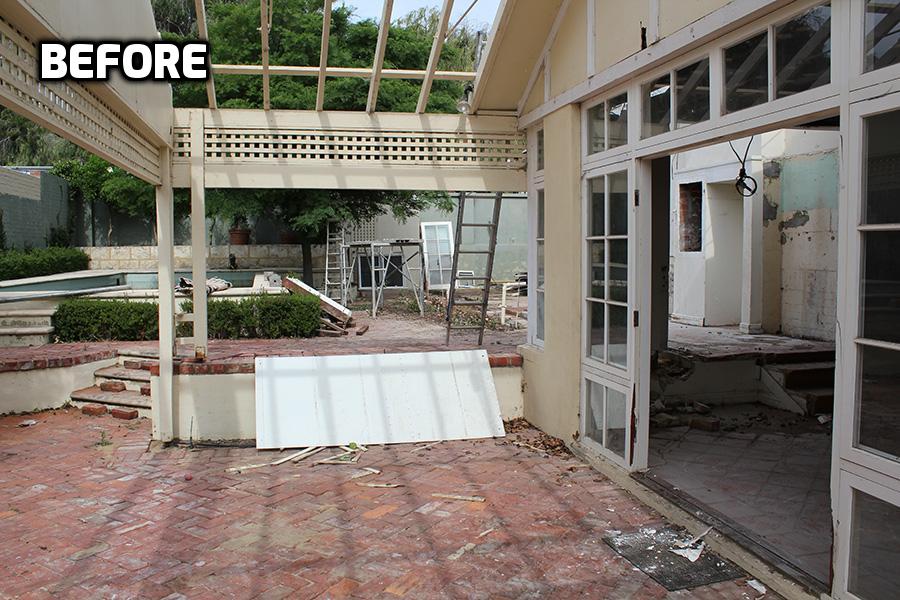 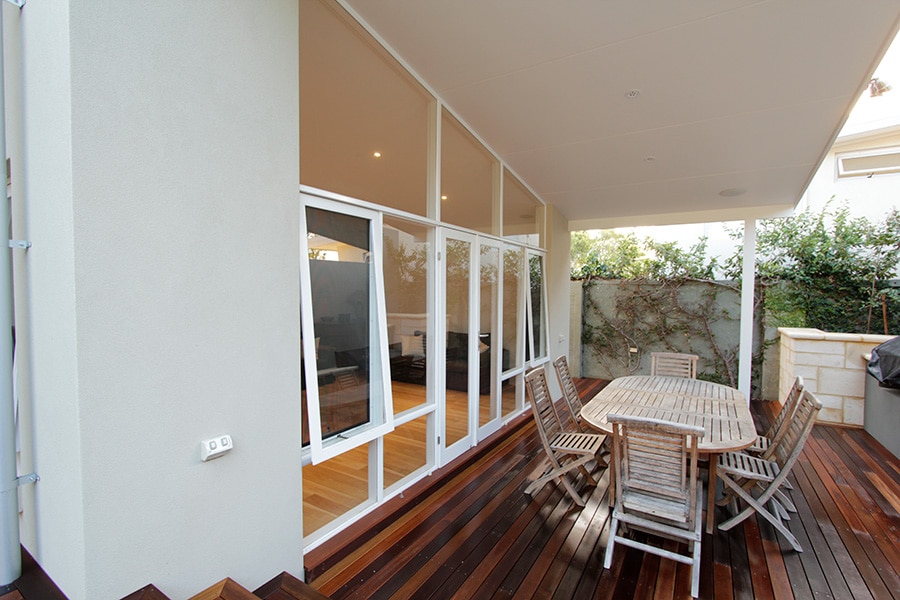 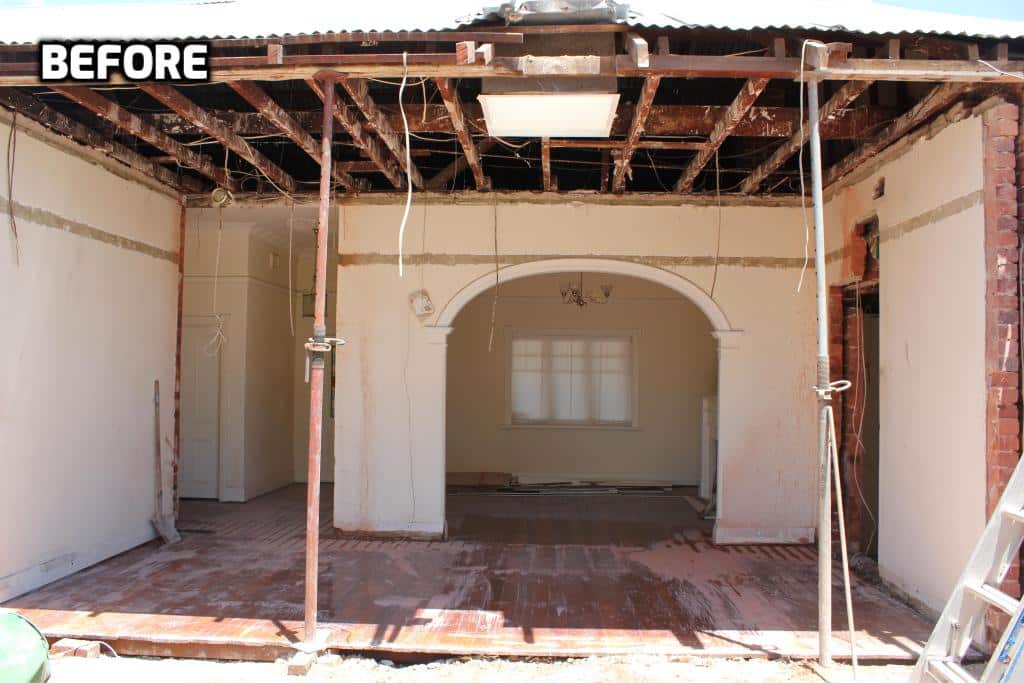 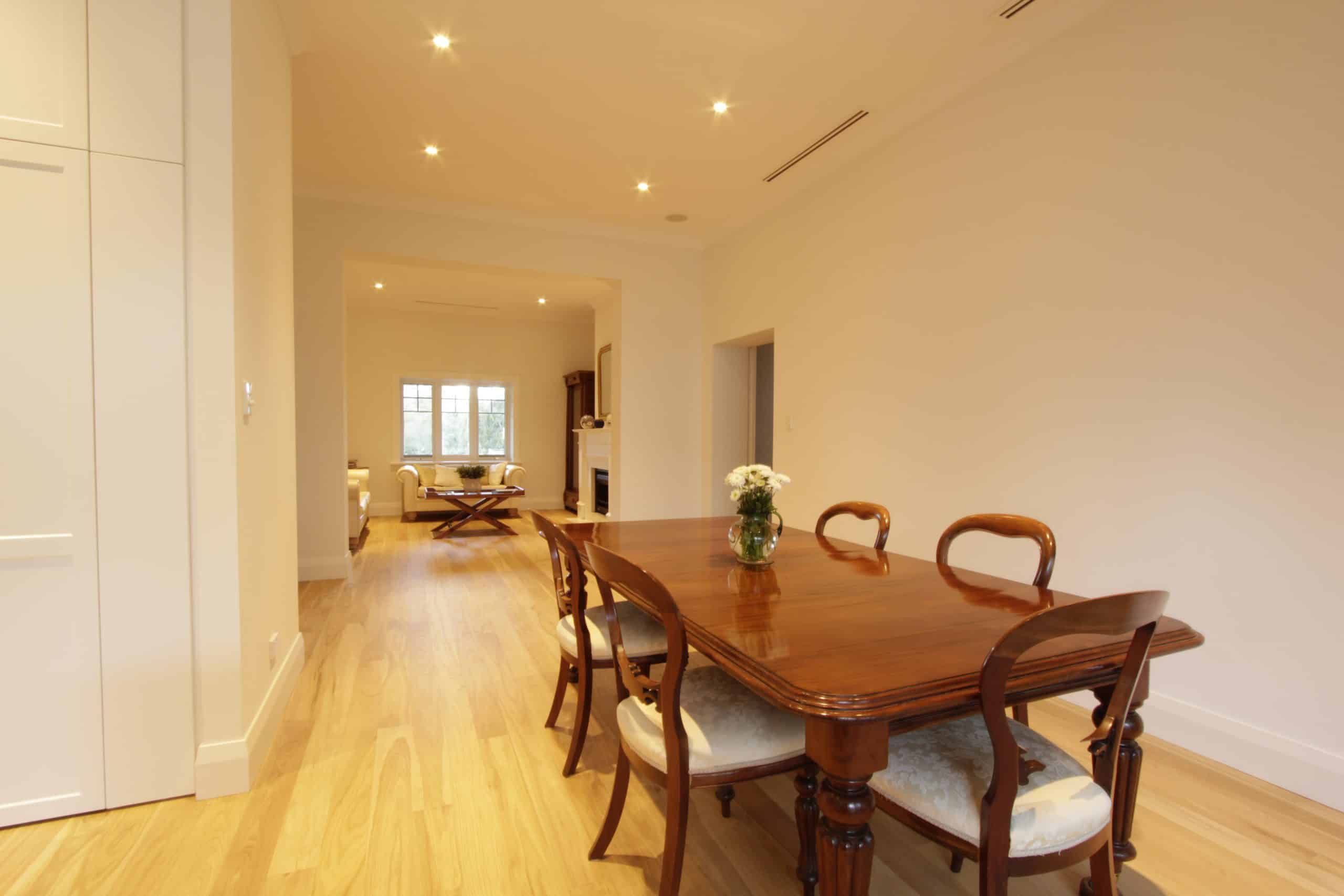 The owners had their plans drawn when they approached us to complete extensive renovations to their 1930’s home which was worn-out and in very poor condition.

Instead of completely removing the unused swimming pool in the rear corner we retained part section of the pool, squared it up and utilised this as retaining, thus alleviating the cost of grout injection to the northern boundary.  This wall and others were clad with random limestone and copings.

Design facets were changed to take advantage of benefits previously overlooked.  The flat roofed rear living room was changed to an angled roof to assist with water run-off, whilst the windows were increased to full height, resulting in the room being swathed in natural light.

Re-roofing, re-painting, new brick piers, deteriorated windows were either replaced or rectified; and extensive landscaping including feature cladding, timber decking, paving and planting out of lawn, shrubs and mature trees compliment the character and authenticity of the beautiful old home externally.

Internally to the existing structure, some walls were removed and framed out, ceilings were realigned and re-gyprocked; and floors were removed entirely and replaced.  Three of the existing bedrooms were partly demolished and made into 2 larger sized bedrooms.

At the rear of the home, a casual living room was added, along with a new laundry and kitchen.