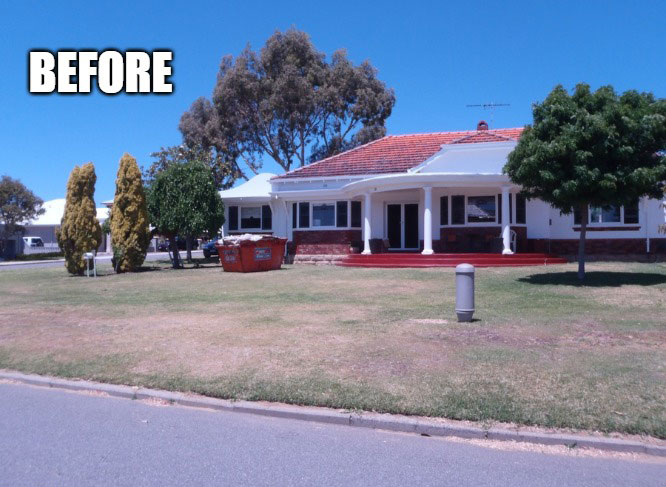 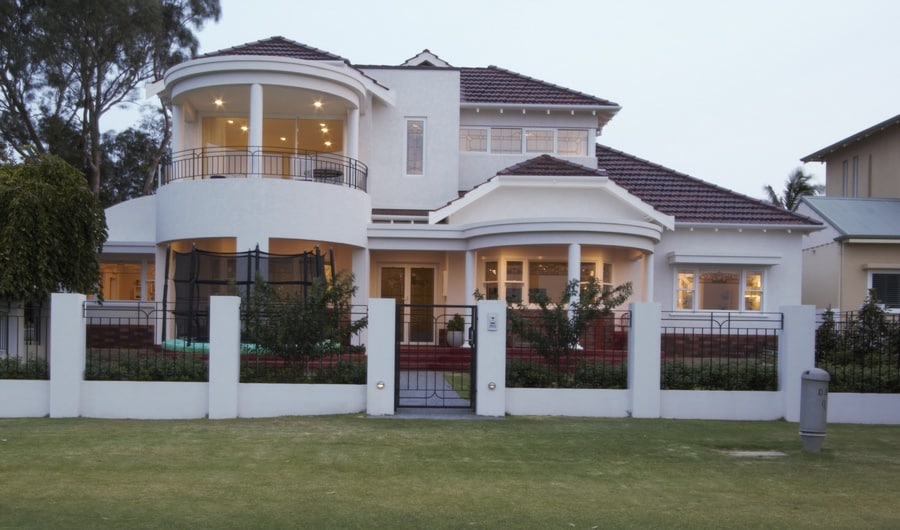 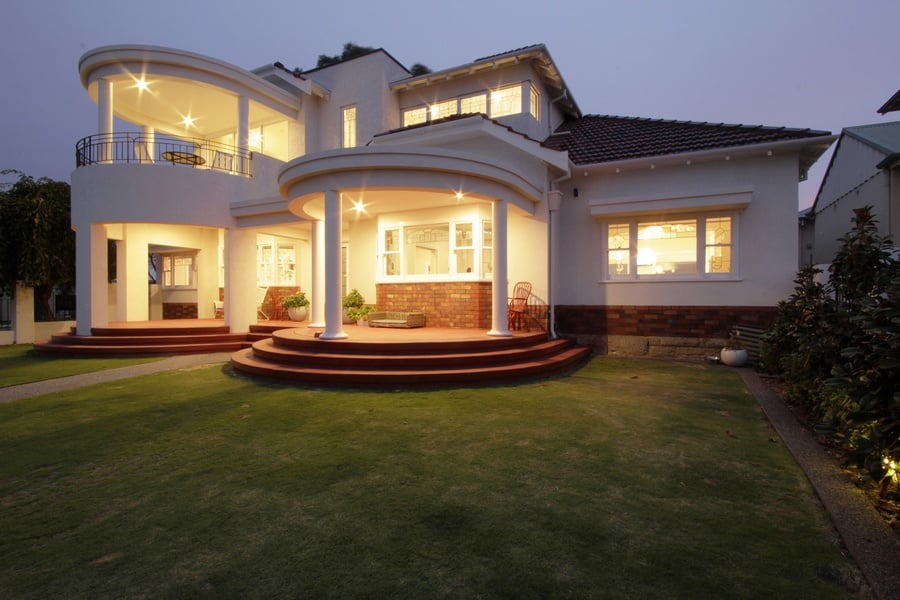 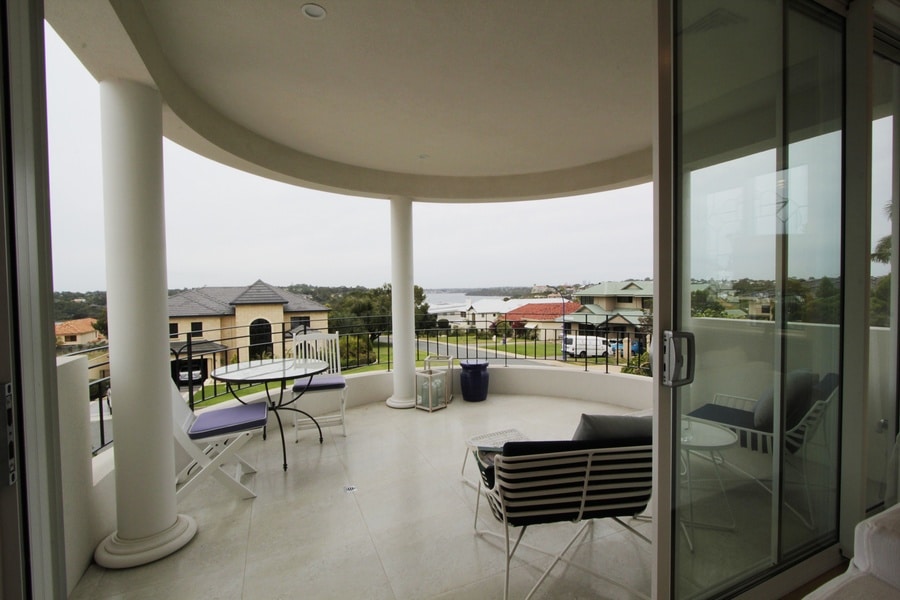 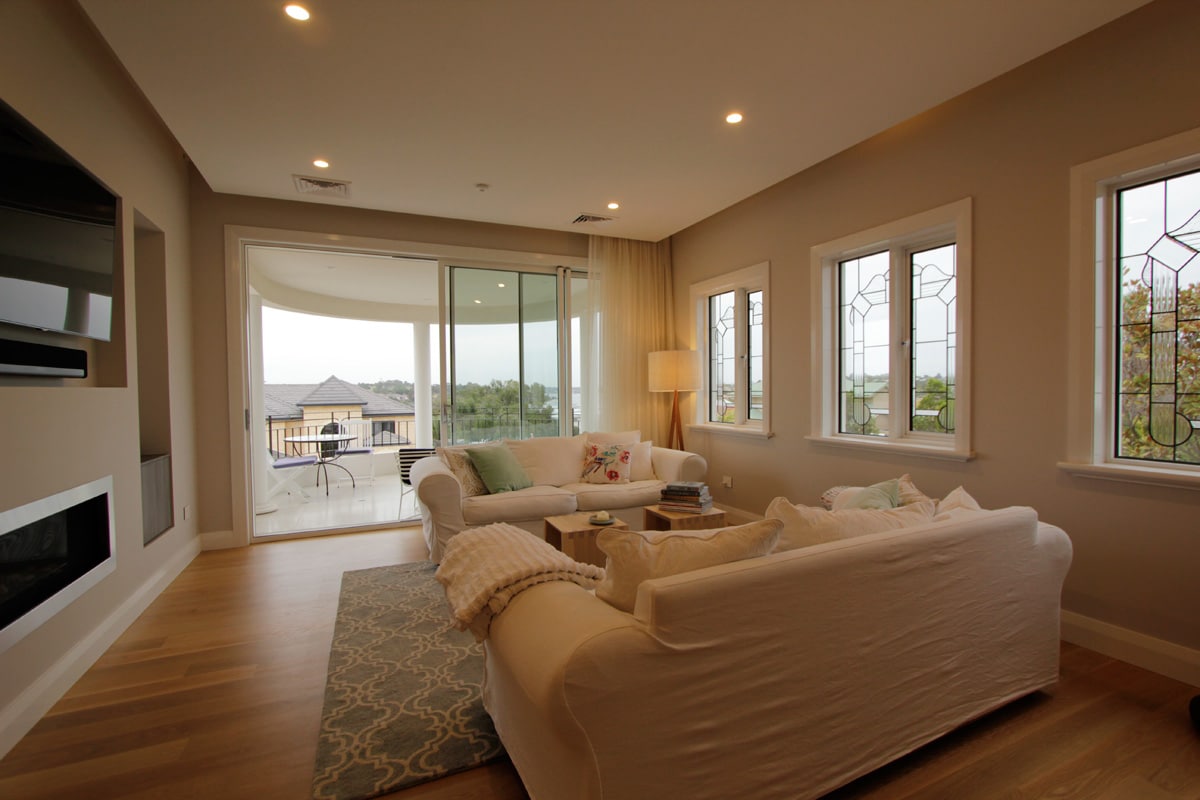 Extensive renovations and additions were carried out on this circa 1930’s Art Deco home.

A second storey was incorporated above which is a private third storey terrace accessible only from the master bedroom. Magnificent river and ocean views are on offer from the new additions.

Several rooms were added, along with a large alfresco area – and all existing rooms (with the exception of the kitchen) were renovated.

The swimming pool was cut down and renovated. Landscaping and hardscape works were undertaken and a perimeter wall with wrought iron infill panels was added.

Triple glazed leadlight windows were crafted especially to match the existing windows and a ‘splattercoat’ textured render was applied in keeping with the Art Deco era.

This was a fully turnkey project.